Todd Associates and its president Ned Hyland were honored with the Medical Mutual 2015 Pillar Award for Community Service and Kent Clapp CEO Leadership Award presented by Smart Business at an awards dinner and ceremony held December 9th at LaCentre in Westlake.

The Pillar Awards honor greatness in the name of outstanding community service. Todd Associates was recognized for its support of dozens of worthwhile local non-profits, such as Boys Hope Girls Hope of Northestern Ohio, United Way of Greater Cleveland, Rhonda’s Kiss and Boys and Girls Clubs of Cleveland and Gilmour Academy, to name a few.

Ned Hyland was selected for the Kent Clapp CEO Leadership Award for initiating and growing the Miracle Fund, in memory of his wife, Diana, which supports advanced breast cancer research at University Hospitals Seidman Cancer Center. Medical Director Julian Kim, M.D. presented the award to Ned along with Medical Mutual Chief Marketing & Communications Officer and Executive Vice President of Corporate Communications and Sales & Customer Relations Jared Chaney, who made a special announcement that Medical Mutual will donate $10,000 to the Miracle Fund as part of the Pillar Award recognition. 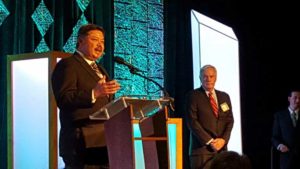 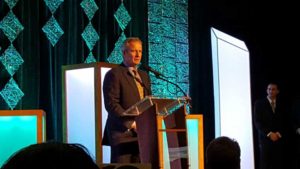 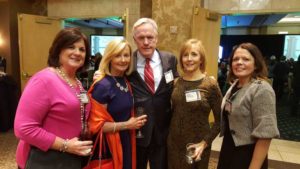 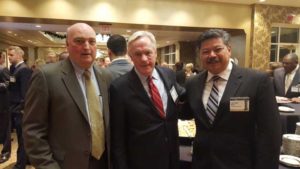 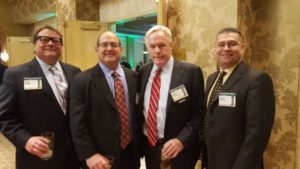 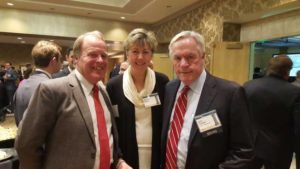 Philanthropy is a big part of Ned Hyland’s life, and that passion has been extended to his work at Todd Associates Inc., where he serves as president and shareholder. But there is one cause that stands out above the rest for Hyland and his family.

In 2008, the Diana Hyland Miracle Fund was established in memory of Hyland’s wife, Diana, who lost her battle with the devastating disease of metastatic breast cancer in October 2008. Diana and Ned co-founded the fund when Diana became very ill. She knew it would not benefit her personally, but her vision was to create a fund that would help others afflicted with advanced breast cancer.

The Miracle Fund’s mission is to further research for advanced breast cancer by focusing on new theories, trials and treatments aimed at managing the cancer and extending lives. Every dollar raised does directly to University Hospitals Seidman Cancer Center. What makes the Miracle Fund unique is that it is one of the first funds to focus solely on advanced breast cancer. As a result of the fund’s efforts, internationally recognized authorities on breast cancer treatment and research are being recruited to Seidman Cancer Center.

Since its inception, Ned has led the grass-roots committee of family and friends to host seven annual gala fundraisers at Shaker Heights Country Club, as well as numerous golf outings to support the fund. He has successfully recruited other families and individuals afflicted by advanced breast cancer to become involved and financially support the fund.

Congratulations to Ned and the entire Todd Associates team on this special honor!